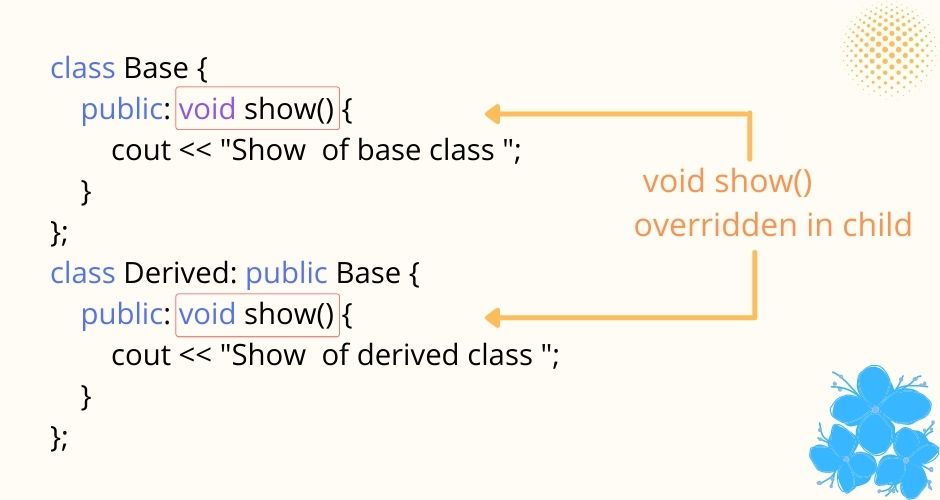 Function Overriding in C++ Programming Language is one of the important concept in C++.

What is Function Overriding in C++?

When two classes are in inheritance hierarchy.

Then parent class function is re-defined in child class with same method signature.

The re defined function in child class is known as overridden function and this process is called function overriding.

In the above program, class A & B both have a function (show()) with same name and same parameter list.

When we call a show() function of with the child class variable then child class show() is get called.

Why do we need function overriding?

Base or parent class is general in nature and child classes are specialize class.

We have created a base class Shape. This class has one function draw().

But can you tell which shape it will draw?

Here Shape is not defined but we need draw() in all sub classes because subclasses are specific and it can draw specific Shape.

To implement child’s specific behavior by all subclasses we need to override a function.